The property at 415 Killingworth Road, known as the Three Oaks Plaza has a long colorful history that dates back to the late 1930s. It has been home to a popular restaurant, nightclub and bar as well as numerous dinner theaters. Today it is professional offices.

The earliest known establishment on the site was the “Rustic Hall” owned by Josephine Mashinda who rented it to Joseph Havelin of Middletown for $300 a year in 1938. It is believed Mashinda built “Rustic Hall” between 1936 and 1938 shortly after her husband died and left her the property. She took out a couple of mortgages on Rustic Hall and was later sued by a local lumber company for work done on Rustic Hall. Not much is known about Rustic Hall or what services and entertainment they offered.

In 1940 Frank Hrbek of New York City purchased the property and relocated to Higganum. Hrbek was born in New York City to “Bohemian” immigrants from Austria/Czechoslovakia. As a young man he operated an ice wagon in the city, selling ice to restaurants and other commercial establishments.

Hrbek bought the “hall” and took out a liquor license and opened the restaurant by July of 1940. Three Oaks offered dining for lunch and dinners and entertainment including modern and old fashion dancing, polish hops, waltzes and floor shows. It was a popular location for parties, weddings and banquets.  Frank was assisted by his wife Betty and their son Frank Jr. and his wife Helen. 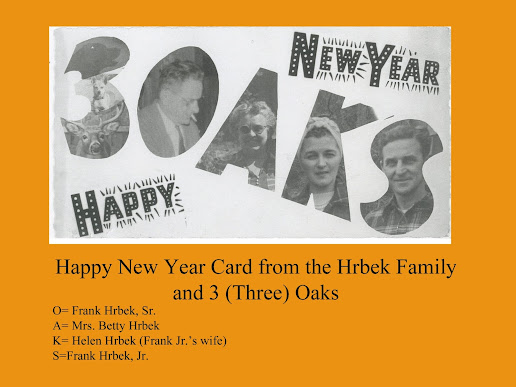 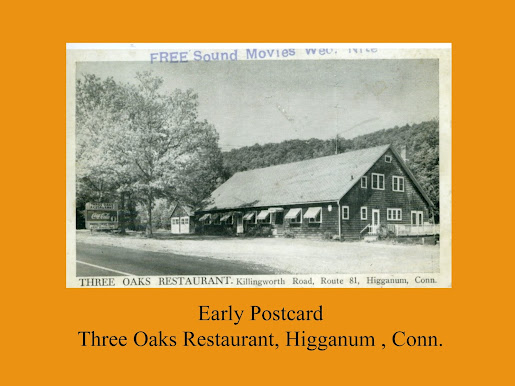 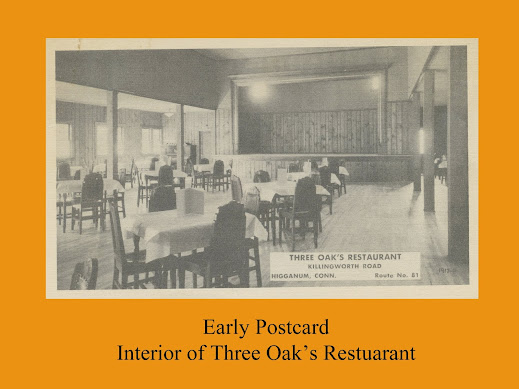 For many years the Haddam Volunteer Fire Department held their annual Ball at the restaurant to raise funds for the organization. The Higganum baseball team, “Higgies” would hold banquets and fundraisers in order to buy new uniforms. In the early years there were even boxing and wrestling exhibitions. Music was provided by a variety of entertainers including the Karaucyzk Orchestra.

Frank Sr. died in 1952 but his family continued to operate the successful restaurant until the early 1970s. 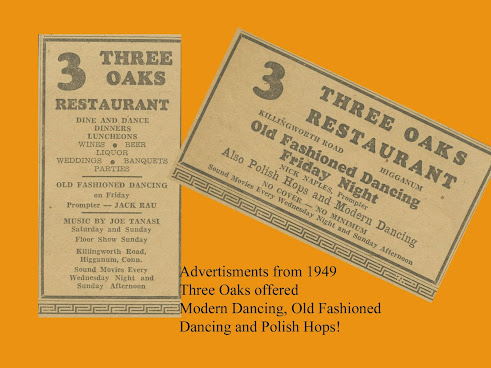 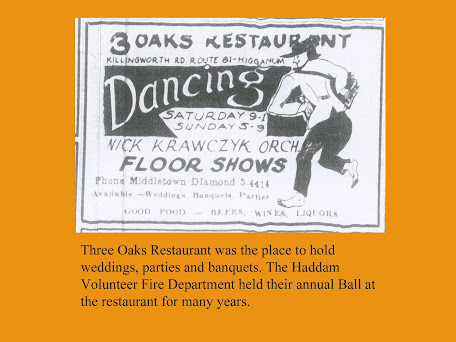 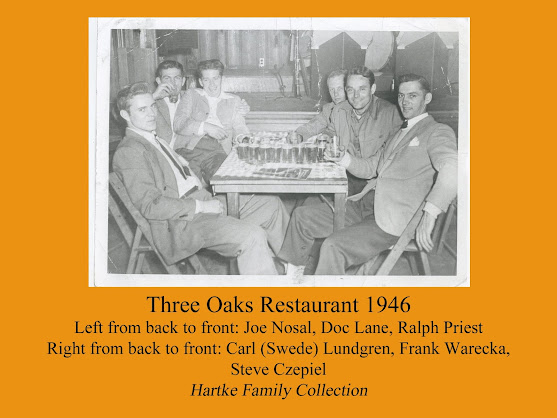 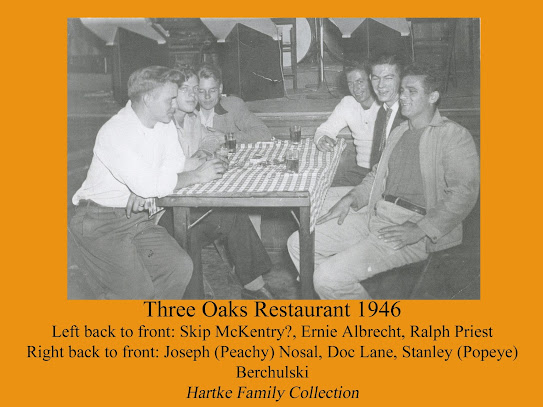 In 1972 the hall became known as the “New Three Oaks” and offered Rock and County Music. There was a devastating fire in 1973 and owner Ray Kavarsky rebuilt the place as a dinner theater to hold over 400 people. 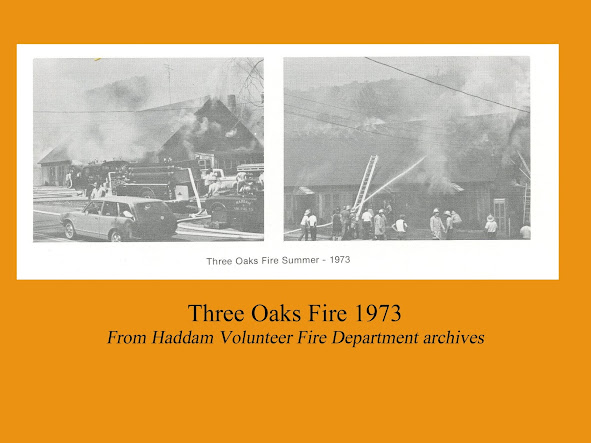 The name was the Four Seasons Dinner Theater and featured buffet dining with “the highest quality productions and one of the best menus in the state.” Dinner theaters which offered reasonably priced “dinner and a show” to area residents peaked in the 1970s and other Connecticut venues included The Coachlight and The Chateau de Ville in East Windsor. It was a full- service evening of entertainment catering to the middle-class who wanted to dress up and have a night out on the town.  The Four Seasons only lasted about a year but produced such shows as “Promises, Promises”, “Last of the Red Hot Lovers” and the “Odd Couple”. 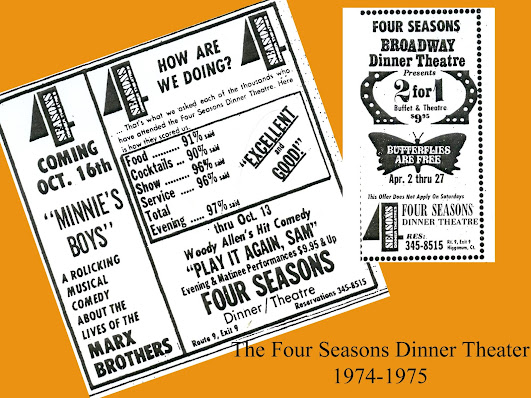 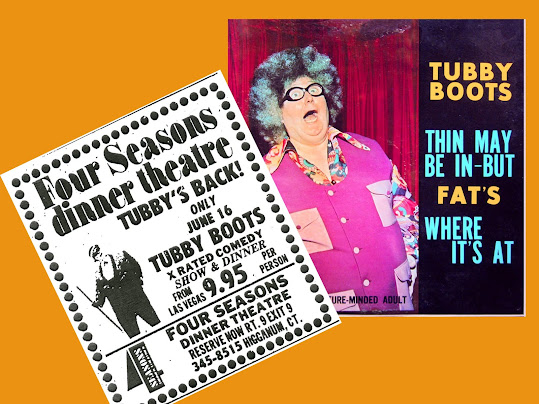 Next was the short-lived Higganum Hall which operated for six months followed by the Pine Brook Dinner Theater which ran from 1976-1977. Pine Brook “lends itself to the man-about-town, the seasoned theatre critic, or the newly awakened theatre-goer and combines top rate show with an international buffet.” Usually productions were a month long with a tried and true musical to replace it. The Pine Brook Theater, however, did have an Opera Night where fully performed classics were enjoyed with the same buffet dinner.  Like the previous theater it didn’t last long and was shuttered within a year. 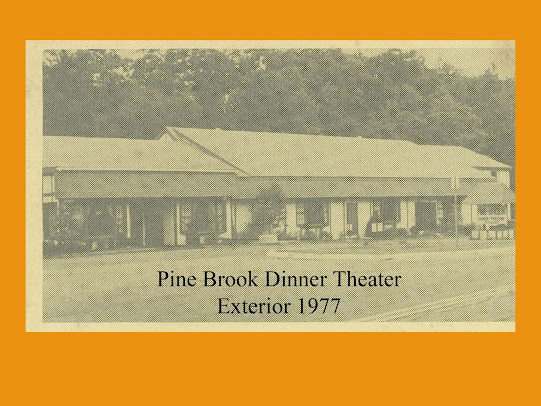 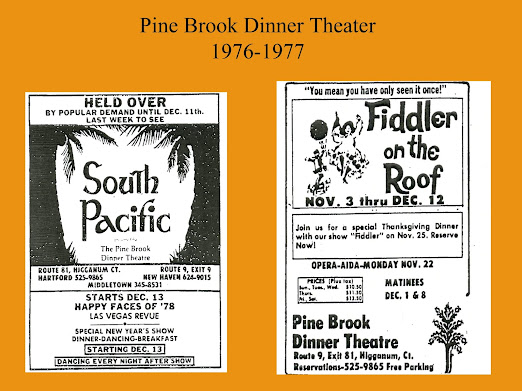 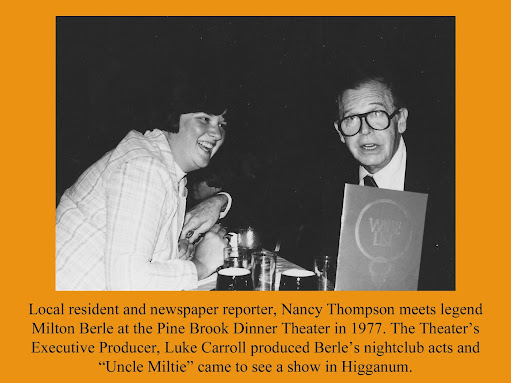 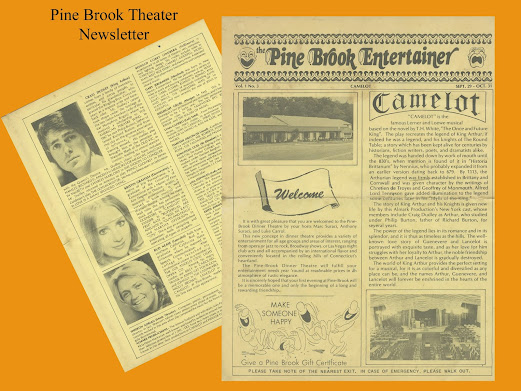 Camelot Theater opened in 1978 and the first production was “Shenendoah” but again the venture did not last a year. In the early 1980s a number of businesses tried to open nightclubs on the site but the Haddam Zoning Board of Appeals denied applications including one from “Mad Murphy’s” in Hartford and another called “Dallas East”. In September of 1984 a country western restaurant and music club opened up called Nashville II after considerable investment in cleaning up the damage building. The curse continued and by July of 1985, Custy’s International a renowned restaurant from Rhode Island that offered “all you can eat dinners” had opened up in the space. They advertised themselves as the “Eighth Wonder of the World” and “World’s Most Famous Buffet” and a Hartford Courant review of the restaurant said “check your moderation at the door.” They even went as far to have a display of “busted belts” in the lobby from those who ate too much.

By the early 1990s the building had been renovated and turned into professional offices which still occupy the building today. 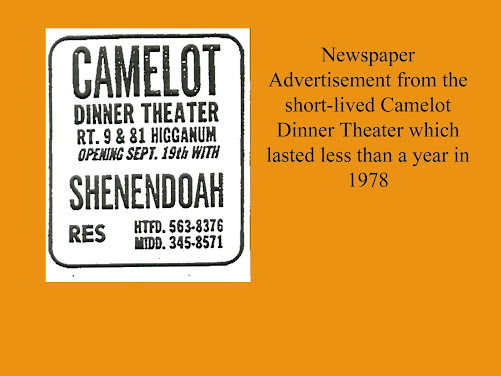 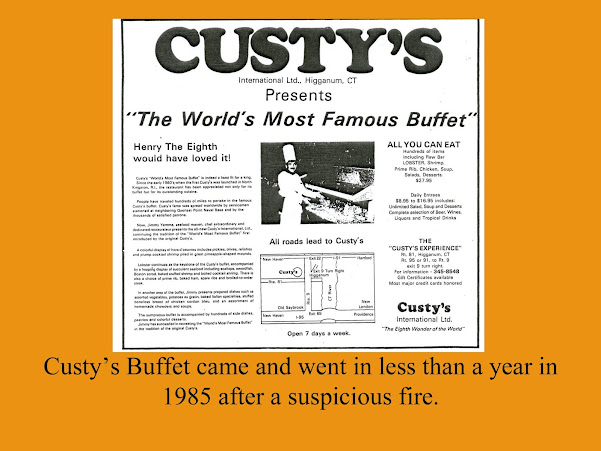